RESEARCH PROJECT
Indian Council of Social Science Research – North Eastern Regional Centre provides grants to scholars to conduct minor research project in various fields of social sciences which have a theoretical, conceptual, and methodological or policy orientation on the subject of their choice. The research projects may belong to any one of the following social science disciplines or may be interdisciplinary in nature: the recognized disciplines are:

The applicants are requested to indicate under which clubbing or disciplines their proposals falls.

Duration and Value:
Grant-in-aid, under the Minor Research Projects Scheme, is available for the research proposals with a time duration ranging from 3 – 24 months. The budget estimates for these proposals are required to be prepared on the basis of the guidelines given at Annexure I.

Eligibility for the Grant:
Professional social scientists having significant publications to their credit are eligible for this grant. However, some other categories of scholars such as civil servants, journalists, social workers, etc. known for their academic interests and with a record of publications may also apply under the scheme. A research proposal on any theme having significant social science content, is required to be submitted in the prescribed format (Annexure II) by an individual scholar or a team of scholars through his/her employer.

Retired/Unemployed scholars may submit their proposals directly. Subsequently, they would be required to affiliate themselves to a reputed academic institution or a university.

This grant-in-aid would normally be available only for scholars below the age of 60 years.

Procedure for Award
Research project applications will be evaluated by a Committee set up by the centre. ICSSR-NERC provide grants up to the tune of Rs.1,50,000/- (Rupees One Lakh fifty thousand only) to the minor research project

N.B. The Application Form along with above documents is to be submitted to: Director, ICSSR-NERC, NEHU Campus, Umshing, Shillong-793 022, Meghalaya

Affiliation
The Project Director will get the project affiliated to a reputed institution/university/college of his/her choice (with the approval of the ICSSR) through which the project money will be released (See Annexure II for preparing Research Proposal).

Release of Grant
The sanctioned grant is normally released to the institute/university in three to six installments, depending upon the duration of the project. The first installment (which can be up to 40% of the grant) is released after the approval of the Project and receipt of acceptance by the Project Director, along with a tentative breakup of expenditure for the first phase of the project. Subsequent grants are released on the basis of the receipt of progress reports, including financial statement of the use of the grant. Twenty per cent of the grant (including 7.5% of the overhead charges payable to the affiliating institute) is withheld and is released only after the submission of the Project Report and Audited Statement of Accounts and their approval by the Council.

Progress Report
The Project Director will submit to the Council, Six Monthly Progress Report of the project along with a certified statement of expenditure actually incurred and an estimate of expenditure for the next quarter/six months in the prescribed form (See Annexure VII ). The release of subsequent installment is subject to satisfactory progress of the work. 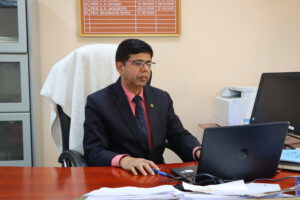